As some of you may already know, Knight Watch Press was taken over by Fringe Works and now KnightWatch is an imprint of Fringe Works, which is pretty awesome for everyone because now KnightWatch titles have been mysteriously lowered quite significantly from now until the end of February.

This, my dears, includes THE DEMON KING.

Hey.  Why you still here?  Shouldn’t you be HERE instead?  Go on! GIT!

Oh, and stay tuned for more exciting info about The Demon King’s new home at Fringe Works! Soon enough, I’ll have links and info and cool stuff to look at in here, I promise! LOL.  In the meantime, go get mah booook while it’s cheap (or free).

Sometimes it’s fun to look at artwork from different ages and think about what it would be like to be the subject of said artwork.  For example, if you could be one of the ladies or gentlemen in Louis VII’s court. Or if you could be an Egyptian Pharaoh. Think about all the differences in the world that have taken place from one age to the next–from the beginning of time where we (human beings) basically wandered about in loin cloths with no shoes to Ancient Egypt where everyone wore golden neck pieces and worshiped cats to the Victorian Era when everyone wore corsets and it just wasn’t dandy without your brandy.  And then now, when we are all hooked into the interwebs, still worship cats, but wear clothing that is much more comfortable and easy to come by.

I’m not saying that we all have closets full of top designer labels, but it’s so easy to walk into a JC Penny and pick up some jeans and tee shirts, whereas a few centuries ago (or less) people made their clothes.  Making clothes, depending on the era, was a bit of a difficulty.  The cloth and other materials had to come from somewhere, right? Animal pelts, cotton, and other fabrics had to be made and conditioned before you could even start on your new dress or shirt.

There are other differences in time and place that astound me, also.  Like food.  Today, we shop in grocery stores and drive right through eateries to get what we want, but in times past, that wasn’t so. You had to either kill or grow your food, or both. People still kill and grow their own food, but in a much easier way than before.  Cavemen clubbed their dinner and many a caveman lost his life or a few limbs to hungry critters in the process.  Today, hunters have guns and bows.  Also, grocery shopping has changed.  During the first years of the United States history, colonists could trade with each other for things they need or venture out into small general stores for grains and goods, but today everything is shipped in big trucks.

So, let me ask you this.  Knowing that today you have grocery stores, air conditioning, and comfortable, easily accessible clothes, would you travel back in time to another age when things weren’t so easy?  If you were given the chance to stay here or go there, would you go out of curiosity?

And if you DID go, where and when would you go?

I could think of a million reasons to stay right here in the 21st century, but I can think of a million more reasons to go back to medieval times, even though it’s likely I’d get myself burnt at the stake within a month.  Life is a journey and I prefer to explore it rather than stay tucked safely inside my little house. And knowledge is power, right? So maybe I could avoid the plague and keep myself healthy enough to avoid being burnt at the stake, also.

**I wrote this post a few years ago for a horror blog I was involved in called Splattercore.  The blog is no longer active, to my knowledge, so I decided to recycle the post because the story is very, very true. 😀 Enjoy, dearies. **

My mother grew up on a mountain (Barker’s Ridge) in West Virginia, and we moved back up there when I was about 13. I moved first and lived with my Grandma and then a year later my mom followed and we moved into a house right below my Grandma’s place. Mountain life was unlike anything I’d ever dreamed of before, and getting used to it was a big issue for me, but I took to it like a fish to water. Probably because mountain living is in my blood.

Contrary to popular belief, not everyone in West Virginia lives way back in the boogey woods. My dad’s family lived on a hill-what others (not from WV) would call a mountain, but what mountaineers see as smaller than a real mountain. I live on that same hill now (in Itmann, right below one of my uncles and my paternal Grandmother), so life on a hill is even way different than life on a mountain.

Barker’s Ridge has bears, deer, coyotes, and all kinds of other creepy critters, and that was a big adjustment too. I loved to walk from my Grandma’s place (quite possibly the highest point inhabited on that mountain) to my great uncle’s house below a bit, and then out the strip and back. That was a great work out! I hated, however, making the trek from my grandma’s house to my great uncle’s house in the dark at six in the morning to catch the school bus. Then, when I moved in with my mom, right below my grandma, it was basically the same walk, except that my mom lived in this little holler-closer to the woods and even more out of the way of modern society. 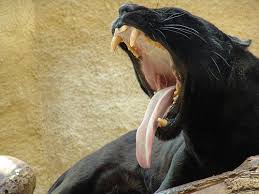 I got used to it and it got to the point that bats flying ahead sometimes and deer sometimes stirring in the woods didn’t scare me. I could sometimes even hear the occasional bear moving around further into the woods. I learned to identify which sounds could be threatening and which ones weren’t. Bobcats scared me the most, but I learned that if you stamped your foot at them – if you see one – they scurry back into the woods scared to death of you. Problem solved.

When I was in the 9th grade, though, something very different happened. Something I never expected, and no one even told me about until about two years ago-long after high school had ended.

I got up one morning at 4:30 as usual so that I could take a shower and blow dry my hair and get ready for school as usual, in time to be to the bus stop by 10 til 6 (so that gave me ten minutes to sneak and smoke in my uncle’s driveway). At ten til, I walked out the door of my house and up the driveway, hem hawing around with my backpack and carefully avoiding mud puddles so that I didn’t get my shoes dirty. I think I even stopped once or twice to adjust my shoes and shift my super heavy backpack around.

When I got to my uncle’s house, he was waiting for me on his porch, shotgun in hand. Usually, he was asleep because he worked night shift in the coal mines. When I made it to his porch, he had already anticipated my arrival and had the sliding glass doors open, quickly ushered me inside, and then said, “There’s a coyote in your driveway. Don’t go out there this morning. There’s a whole pack of ’em in the woods. Stay in here until the bus comes and I’ll wait with you.”

One coyote doesn’t scare me nearly as much as a pack of them, so I listened. The idea of being ripped to shreds by a pack of wild dogs before school didn’t appeal to me very much. When the bus came, I got on-with my uncle standing at the door with his gun at his side-and I went to school a little shaken by the news of the coyotes, but the next day I walked to the bus stop as usual and no coyote activity. That meant I could smoke outside in peace.

Years later, I learned the real story. Sure, I was there to experience this, but apparently there were things I didn’t know.

I left my house, through the front door, as usual. I stopped in the driveway to adjust things, and stopped to do whatever it is teenage girls do. I hem hawed over puddles and through rocks in the road. Meanwhile, I was being stalked.

By a big freakin’ cat.

I’d heard my mom and grandma talking about the panther sightings on the hill and I’d totally rolled my eyes at them. A panther? On the mountain? Nah…

I couldn’t have been more wrong. My uncle watched it stalk me and he held his gun at the ready in case the damn thing tried to grab me. He didn’t make a sound for fear of spooking the cat. If the cat were spooked, I would have been a goner for sure. Panthers are just gigantic kitty cats. They play with their food first. It would have grabbed me from behind, went for my neck, possibly snapped it, and then played with me while I tried to get away. It would have left a blood trail from the overgrown driveway into the woods, and my mom would have just thought somebody or a bear maybe had killed a deer there in the middle of the night. Until I didn’t come home from school that night, she’d have no way of knowing what happened to me.

About two years ago, my uncles finally told me about the story. I thought they were kidding at first, but then my mom confirmed that it was true and that they didn’t tell me cause they didn’t want me to freak out and never go to school again. It makes me wonder if they kept an eye on me after that, though lol. I’m sure that they did. I think…